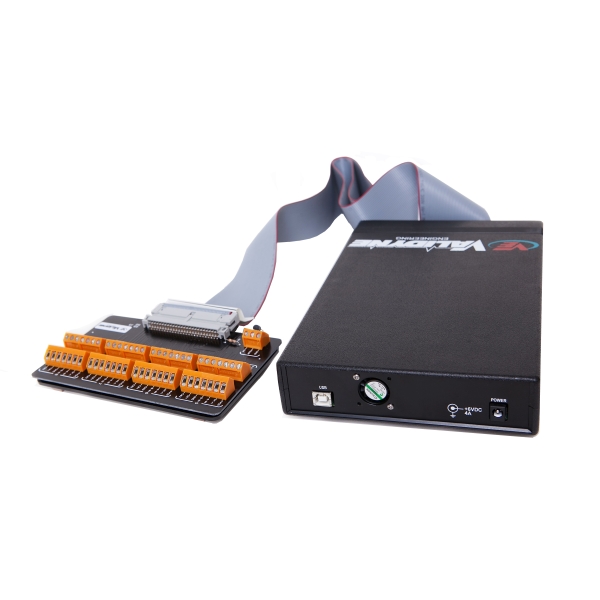 The quarter-bridge strain gage configuration can be improved upon to increase the output signal into the USB2250 by adding another strain gage to the system. For the previous example, the second strain gage could be affixed to another part of the steel bar, as shown below. 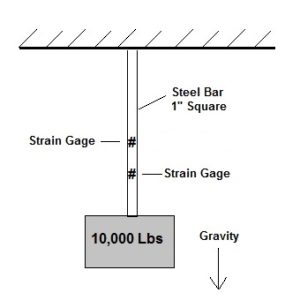 The applied load and stress are the same as before, so the two strain gages will change in resistance by the same amount.

Because there are two strain gages we can construct a half-bridge circuit that will double the signal going into the USB2250: 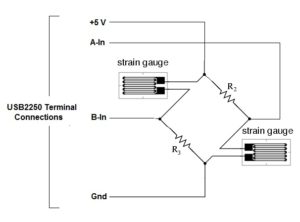 The output of the bridges is now doubled.

In the example the strain gage resistance has changed from 350 Ohms at no load to 350.233 Ohms when 10,000 pounds is applied to the bar. The output signal of the Whetstone half-bridge is calculated as follows:

So the circuit now produces 1.6637 millivolts at full load.

We can also express that as millivolts output per volt of excitation, or mV/V:

To determine the scale factor for the USB2250 that will indicate applied load, we proceed as before:

By entering 30053 into the Scale Factor box in the USB2250 software, we will now receive the readings as pounds of force applied to the bar.

Twice the signal coming from the strain gage circuit means that any noise present will be less of the total available signal. Because strain gages have such a small output, any chance to increase the signal should be implemented.

Connecting Strain Gages to the USB2250
Next
Furnace Draft Measurement 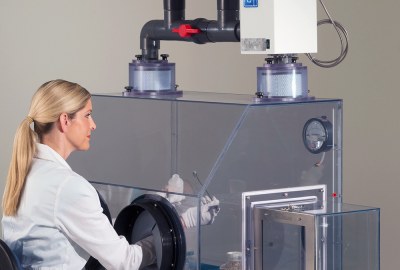 November 12, 2020 at 1:59 pm by Validyne
The handling radioactive materials must be done in glove box. A glove box is a clear plastic enclosure with rubber gloves attached to the sides so that an operator can… 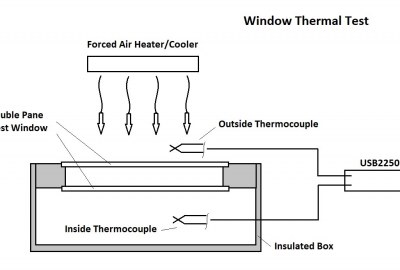 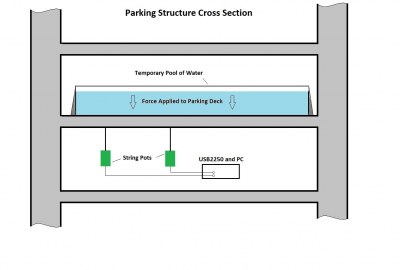 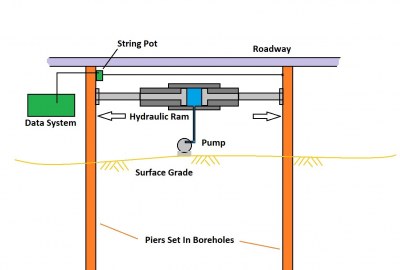